Aima Saint Hunon is a well received, up and coming artist with a very promising future.  When Paul Cavanagh had a chance encounter with Aima at a gallery opening in 2011 in Shanghai, he discovered she had an interest in having some of her sculptures cast in bronze. While talking together, Paul Cavanagh also learned that while in China, Aima worked along side world renowned Chinese sculptor Xie Aige, whom Cavanagh also knows. That unforeseen meeting began what has been an ongoing, multifaceted relationship between Aima and our Asian affiliate Sculpture Source Asia.

In 2012, Paul Cavanagh and Aima began planning an exhibition of the pieces she wished to cast in bronze.  Cavanagh is co-owner of the Philippe Staib Gallery in Shanghai and he proposed having the show there. He also began to discuss with Aima the choices she would have for having her sculptures cast. They decided on the foundry in Nanchang because Aima had heard the quality was equal to any other foundry. Aima also indicated that the economic value China offered her was an important factor in determining her decision.

The foundry in Nanchang, known for their bronze sculptures and bronze plaques, began making the molds and then the bronze castings in 2013. Aima stayed in Nanchang for two months learning the techniques of fine finishing and patina under the tutelage of Cavanagh.  Aima has had formal training in sculpture and holds a professional diploma from the Olivier Serres Art School in France but she had never produced a bronze casting before. In time, Aima was able to rely on Paul Cavanagh’s knowledge and abilities. Aima learned quickly and her stunning, hued patinas are a good example of her intelligence infusing with her unique, creative abilities.

Aima Saint Hunon reviews and is very pleased with the work at the Nanchang foundry for her bronze sculptures in 2014.

Aima had heard stories about the quality not being very high in China. To her delight, Aima found the quality of the casting was as good as anywhere in the world and far superior to anywhere in China. There were 28 sculptures for Aima’s show, all of various dimensions. All of the pieces were completed on time and finished expertly.

Aima’s exhibition “Oh! LALA” was in the Philippe Staib Gallery in Shanghai from March 15 to May 11, 2014 to great success.

Aima’s passion for her work and her unique talent show great promise for her future success. Aima splits her time between her studios in Shanghai and New York. She works in the mediums of sculpture, painting, ceramics, collage, print making, video, poetry and performance art. We continue to enjoy our relationship with such an aspiring, multi-talented artist.

To learn more about our featured artist, please visit aima-artiste.com

To learn more about working in Asia or having your work cast in Asia, please visit our Asian affiliate SculptureSourceAsia.com 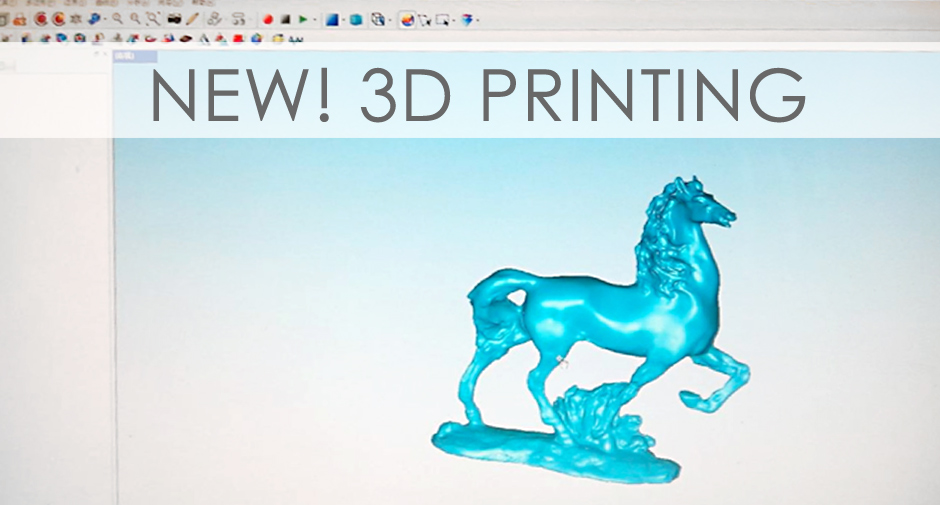 A variety of foam densities are available for the required level of detail. The foam can be raw, layered with clay for sculpting, or hard-coated and painted producing a final piece. We can make limitless alterations, turn concepts or 2D sketches into 3D objects, even transform a sculpture in the round into a relief. Full compatibility with any 3D modeling program.

How does Rapid Prototyping Work?

Rapid Prototyping, also known as 3D printing, is an additive manufacturing technology. The process begins with taking a virtual design from modeling or computer aided design (CAD) software. The 3D printing machine reads the data from the CAD drawing and lays down successive layers of liquid, powder, or sheet material — building up the physical model from a series of cross sections. These layers, which correspond to the virtual cross section from the CAD model, are automatically joined together to create the final shape.

Rapid Prototyping uses a standard data interface, implemented as the STL file format, to translate from the CAD software to the 3D prototyping machine. The STL file approximates the shape of a part or assembly using triangular facets. Typically, Rapid Prototyping systems can produce 3D models within a few hours.

We also offer these techniques at our affiliate  www.SculptureSourceAsia.com 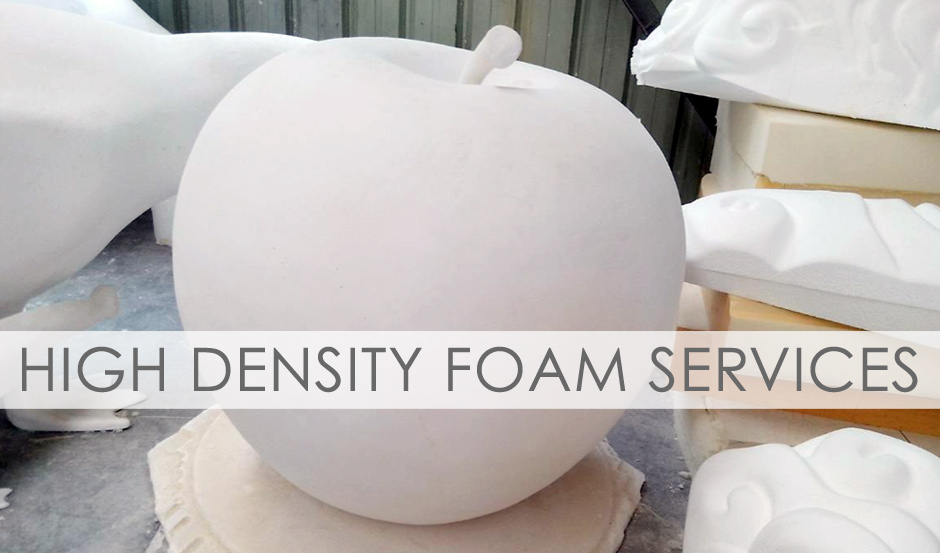 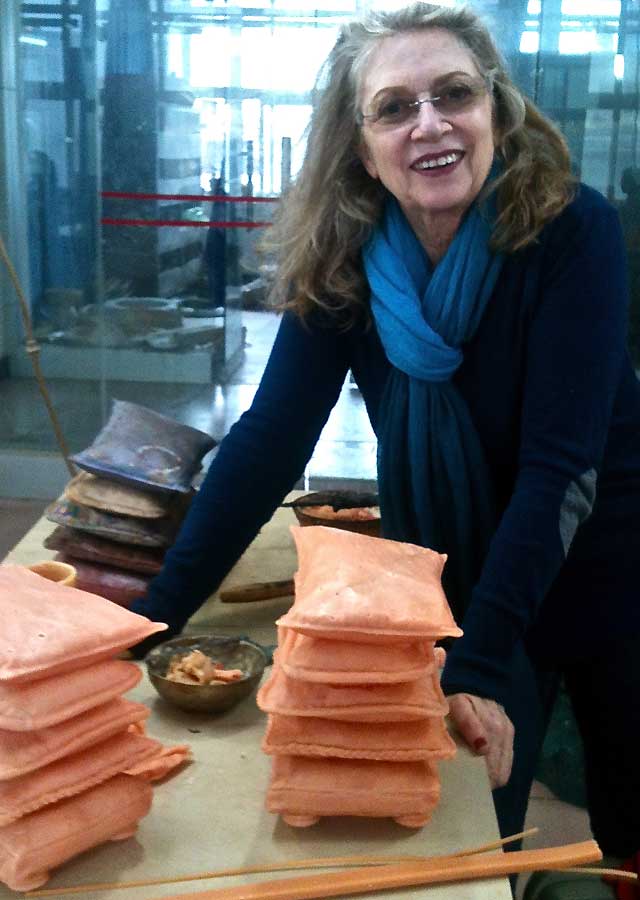 Leah Poller exhibited selections from her “101 Bed Collection” at the Asia Contemporary Art Show in May. Poller’s presentation at the Conrad Hotel in Hong Kong illustrates what goes on in bed is a very personal and sometimes intimate matter. The beautiful bronze sculptures in the series presented by Poller were cast and finished in Nanchang, China.

Paul Cavanagh through Sculpture Source Asia brought Leah Poller to Nanchang in 2012. Poller developed a wonderful relationship with the people working within the foundry. The foundry in Nanchang continues to produce beautiful pieces of sculpture from Poller’s “101 Bed Collection”. Poller recently stated to a reporter, “This kind of collaboration is an artist’s dream.”

The foundry in Nanchang, known for casting bronze sculpture and bronze plaques, is one of China’s most important foundries and Paul Cavanagh has a unique and privileged relationship. The opportunity Leah Poller continues to enjoy, which is open to sculptors everywhere, was made possible by our affiliate Sculpture Source Asia. To learn more about working in Asia or having sculpture cast there, please visit our affiliate website, www.SculptureSourceAsia.com

Paul King Cavanagh started the Paul King Foundry in Johnston, RI in 1966. Cavanagh attended the undergraduate program at Providence College and graduate school at Rhode Island School of Design. The year after RISD, Cavanagh spent in Rome, Italy, continuing his pursuit of the arts through independent study. One of those experiences was helping John and Margaret Manship set up a show of art work at a gallery. In preparation for the show, they had many visits to a Roman foundry. Cavanagh had been exposed to foundry work at RISD but it was not until his experience in Rome that he really knew he wanted to pursue the trade as a life’s work.

When Paul Cavanagh returned to the US he started organizing the work of opening the Paul King Foundry. Cavanagh apprenticed at Roman Bronze Works in NY and at a small sand foundry in RI. Although his true education in foundry work began when he opened his own foundry. Cavanagh could no longer depend on the systems others were using. He found he had to establish his own systems which happened only after a lot of study of the materials.

As the foundry grew, Paul Cavanagh was blessed with having a very talented group of workers. Some of those talented individuals continue to work with him. Their craftsmanship and understanding of what is required rivals any work produced by any foundry in the world. Paul King Foundry has produced numerous small and large pieces over the years. Paul King Foundry monuments are found all over the US.

Sculpture Source Asia, The Beginning: About 20 years ago, with more than 25 years of foundry experience, Paul Cavanagh was invited to participate in starting a partnership at an art foundry in Thailand. Cavanagh looked at the opportunity as both a challenge and an opportunity. For the past few years we have been able to make available to the clients at the Paul King Foundry the economy and craftsmanship of Thailand. Three years ago Cavanagh decided to end his partnership in Thailand, while maintaining his friendship and to open an art gallery in Shanghai. It was at that time that Paul Cavanagh established his relationship at an art foundry in Nanchang, China. These relationships continue today as Sculpture Source Asia.  Cavanagh spends a good part of the year in Asia overseeing production of art pieces for the gallery and for clients at the Paul King Foundry interested in the economic advantages of Asia. Paul Cavanagh, who taught sculpture at Providence College, provides instruction on good foundry methods and techniques and the principles of sculpture as needed. Khun Nok, Manager, Sculpture Source Asia, oversees quality control in the Nanchang foundry in Cavanagh’s absence.

Most recently, Paul Cavanagh has been asked to consult with a committee regarding a 96 foot Buddha for Queen Sirikit, Queen consort of Thailand. Khun Nok and Cavanagh are also working on another monumental Buddha project in Singapore.

To discover more about our Asian affiliate, please visit our sister site, or contact Cavanagh directly.